When I grew up we only had one radio channel in Norway. And on every Sunday afternoon there was a program with Norwegian folk music. This program I insisted on listening to as a 4-5 year old, according to older relatives. I was so fascinated by the sound of the harding fiddle, the intricate melodies, the rhythms and, not least, the stories of the tunes and the musicians. There was probably a seed sown there and a desire to be able to play folk music myself.

2)Were you raised in Norwegian traditional music?

No, I was born into a family with brass blowers (and some woodwinds) and grew up with marching band music in Norwegian and European tradition.

3)Could you please give us names and description of each of the instruments you play?

I started on, and still play and teach trumpet and other brass instruments. In folk music context, it is birch bark lure, rams horn, willow flute, wood- and bone-flutes and sometimes jews harp. The latest addition in the collection is the bronze lure – and a fujara. Birch bark lure and the bronze lure are played with the same lip technique as our day’s brass instruments and are overtone instruments. The horn is played the same way, but has finger holes to produce different tones. These instruments are the ancestors of all modern brass instruments. The willow flute is a bit special. In principle, it is a flute with a block, but without finger holes. It is also an overtone instrument and there is variation in the blow strength that creates the different tones. In addition, “extra” notes occurs when closing the hole at the end of the flute. These tones are also in the overtone range so that you can say that the willow flute has twice as many notes as the lure within each octave. The wood and bone flutes are like our day’s recorders, but with different sound and not at least different scales depending on the location and diameter of the finger holes. The jews harp is well known to many and is found in many varieties. In Norwegian tradition, it has spring of steel and body of brass or steel.

Yes. All my trumpet students also learn to play lure. I also teach at the Ole Bull Academy (OBA) and provide introduction lectures and instrument teaching there. The Norwegian Academy of Music (NMH) has a similar offer. These instruments are nevertheless quite exotic even in Norway and so far there is no student who has any of these instruments as their main instrument.

5) Is it easy for somebody to buy instruments like these and learn by himself? What is your advice?

All instruments require technical skills that must be practiced over time. These “old” instruments are demanding in their own way. There is a reason why instruments have been refined and improved at all times (hehe). A background and technique on modern instruments is an advantage. But each instrument has its peculiarities that the musician must experience and understand. It is possible to find out on their own, but with a teacher it goes much faster and one can avoid frustrations and mistakes.

6) Most of the instruments you play are associated with herding culture.Can you talk to us about the herding culture in Norway? Is it the same in music with the other Scandinavian countries, like Sweden for example?

As we know the outfarm tradition from the last 2-300 years, the children looked after the livestock during the day on the pasture. Thus, these instruments became the first ones the children learned to use. Many, probably all, named folk musicians and traditional bearers started with these instruments. An example is Eivind Groven who also became a composer and music researcher as well as being a very talented musician both on the harding fiddle and the willow flute. The instruments were used both to scare off predators, to call on livestock and as a mean of communication. In spite of the limited number of tones, it is interesting that the music on these instruments also follows the regional musical dialects. And musically, there is definitely a difference between Norwegian and Swedish tradition, even though the instruments and the needs are the same. By the way, Sweden has a much better documentation of the outfarm music than we have in Norway.

7)Which of the instruments is your favorite?

Oh, that’s a difficult question. They are so different in character. It ranges from the powerful sound of the lure, through the flute’s lyrical moods to the rams horns melancholy. It may still be the horn.

8) Do you compose music made with the ancient instruments?

Yes, I have written some compositions. Some from folk music motifs and others from historical angle. The compositions also vary in instrumentation from pure lure ensembles to compositions that contain everything I have had available of voices, wind, string and percussion “instruments” of all kinds.

9)Do you feel connected with the past when you perform on these instruments?

Yes, really. They represent something old and original in their possibilities and limitations. They must be used and played on their premises, and discovering new expressions and melodic themes with such simple means is always as exciting. And it is exciting to think about that this may have been done by someone in a forgotten past.

10) What music inspires you?

Good music (ha ha ha). Perhaps it is better to say music where I feel that the musician and/or the composer has something at heart and talks to me. So some examples may be J.S. Bach, Igor Stravinsky, Miles Davies, Aurora……..

I released a solo album in 2008 and had a diffuse vision of the road ahead. For my inner ear, I heard a large soundscape with lure and horns and flutes in the center. But then Einar (Selvik, Wardruna) had found a way and created the soundscape and the music with these instruments and the tonality that I had a vague idea of. So the answer at the moment is probably no.

12) Could you tell me a bit more about the Wardruna project.

Wardruna is a genuine desire to regain the older, Norse culture and idea base on which our ancestors based their lives. We only know fragments, because the written sources are from Christian times and, of course, are characterized by the time in which they were written. Nevertheless, we can feel thin threads, or roots from our daily lives, language and mindset back to these ancient times. And some truths are the same today as at the time and go across time and place.

What is the set of instruments you use as a member of the band?

13)You also sing. Do you sing traditional Norwegian songs and which category you like the most?

I don’t sing much solo in public. I am a distinct blower and feels most comfortable with an instrument against the lips. But I sing the lyrics to the traditional melodies I play and have some more songs on the repertoire. Among other things, a bundle of traditional lullabyes with rather harsh texts in addition to the common song tradition that my generation grew up with.

14) What do you think of the “music trend” around the world which favors Nordic and Celtic music in particular, a kind of neo folk culture? Do you think this is an influence from the tv series like Vikings etc?

This is quite interesting. For a long time, it has been, and is, a fascination for older Central European cultures and perhaps most strongly represented by the Roman Empire. We were of course influenced by, but were never part of that empire and as the knowledge increases about the cultures further north, it feels more relevant to us. It is quite clear that popular science series and not at least entertainment series such as “Vikings” contribute greatly to the interest. And these series require music that we experience as credible. TV and film have a strong influence on us and many probably discover something “new” and positive through what they see and hear. And perhaps some experience it as a counterweight to today’s society and way of life? As a kind of voice from the past that tells us something about ourselves. It is nevertheless a little surprising that the trend spreads beyond (Northern) Europe.

15) What means tradition to you?

16) Do you favor live performance or recording-indoors or outdoors?

In the recording studio you can strive for “perfect”. But in the face of the audience, the real music arises – in that exact moment.

Indoors are safe, but the great experiences occur outdoors, especially in places that “have something in it”. Digital sound is not the same as the sound of a lake and an asphalt surface is not the same as a stone ring from the bronze age. You can also hear and experience this on recordings.

The main photograph of the interview belongs to Knut Utler. 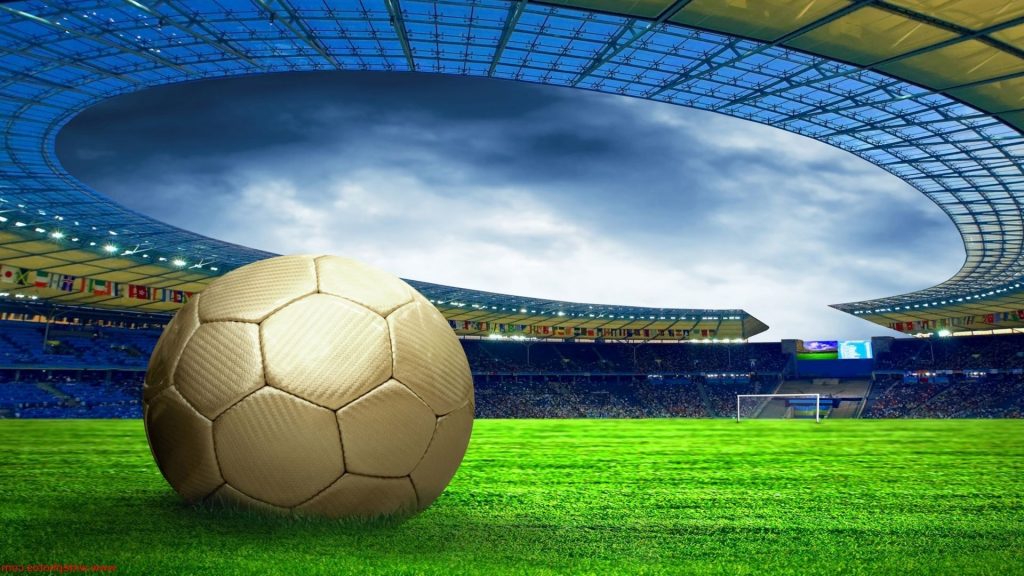 Us – Does it live up to the expectations? 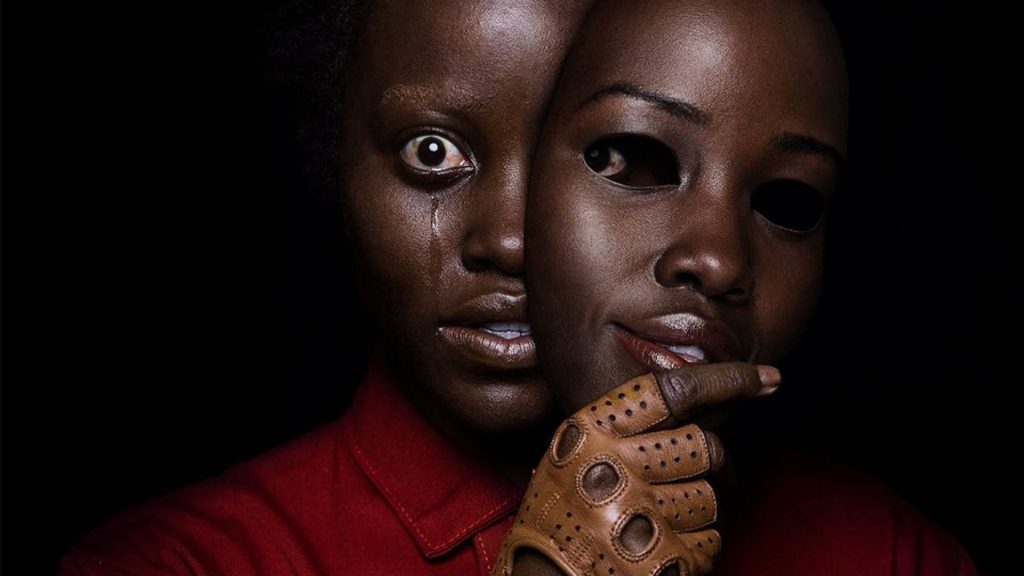