There are people that can make a difference in the music scene and don’t get the credit they deserve –that is something that is particularly true when it comes to Heavy Metal. Using her moniker, Leather Leone, mostly known because of her work as a singer for the Metal band Chastain, was one of the first women to sing Heavy Metal in the early 80s and she went on to have a stable career, regardless of not having the fame of the likes of Doro or Lita Ford, to name a few.

I sat with Leather and we had a discussion about her career, her musical inspirations and what makes her tick as a singer.

It’s a pleasure to have you with us, Leather. Good to see you. For those that might not have followed your career, how did you get in the music business and what can you tell us about your early days?

I have always been one of those people who was willing to sing, regardless of my level of talent… As long as I can remember it was an out of body experience to even try to hold a note. It is where I have continually felt at peace. I sang through my adolescence. I then went to college to explore musical theater, but I found it unfulfilling. I needed a more powerful outlet. I moved to Northern California in the mid eighties and discovered Ronnie Dio.

You’re probably tired of hearing or reading this question so many times, but you were one of the first female vocalists to have a stable career on Metal. Were there challenges or prejudices back in the 80s for women to have that role?

I never get sick of hearing of any impact I may have had on Metal. I seriously don’t feel I dealt with any type of sexism. If I didn’t get the gig I simply wasn’t good enough or what they were looking for, I don’t hold that sex idea over my head. I can sing and that is all that matters. If you chose to hold the sex idea of me, lol. You will be in trouble, as I am so far away from that.

Obviously, the vast majority of us met you through your work on Chastain. I often say that you and David Chastain had a musical chemistry that is very unique and one that clicks naturally. What can you say about making music with David?

Making music with Chastain is just second nature to me. He found me when I was young and had no clue what I was doing but had an idea of where I wanted my vocals to go! He cultivated that spirit within me and allowed me to fly. Our working relationship is unique. My sense of being comfortable, which drives him crazy by the way, allows us to continue no matter the time frame. That being said, he as does my new band, expect a lot from me. They have both found a way to get it out of me no matter the cost, lol.

There’s actually a quote I read from you one time that I think truly defines you: “Why can’t I be a female Hetfield?” You were not only about the music, but also about the attitude.

That was a comment I made during the eighties which was such a sexually driven time. I didn’t nor did I want to fit into that. Remember that was Doro, Lita time. Blonde beautiful women exploiting that side of themselves. Leather was never part of that. I am not sure if any of that has changed if you look at the women selling now. I’m sure that hurt my career, but I believe if you project something that is not inside of you, the falseness shows through. I am at peace with my persona or lack there of.

One of your biggest influences as a singer and as an artist is of course Ronnie James Dio. I would like to hear you talk about Dio and other groups and musicians that influence you to be what you are today.

I think about that. As a young singer I took from all my true inspirations. Ronnie Dio change my musical life forever and continues to. He coached me and was so honest with me. I miss his human presence. He is my musical reason. I listen to Dickinson lately and realize what an incredible influence he too had on me. I would also say Geoff Tate, Plant and Annie Wilson whose music I was introduced to very young. A sincere thank you for all of their talent that creeped its sensual way into my being.

I have to admit, from a fan’s perspective, that you were never the stereotypical vocalist that was all looks and sexuality, but rather someone who was so driven and inspired about music. Where that motivation does comes from?

It was never important for me to be seen sexually. And honestly I am just a normal woman. I don’t stand out as what is considered to be HOT. I can remember reaching puberty and wearing certain clothing that got male attention that I didn’t like or want. So from the very beginning, not my thing. Much more important to be working with the boys, not doing the boys! Sex can be gotten anywhere, musical talent not so much. My goal has always been the latter.

After a very good run with Chastain and a couple of solo albums, you decided to leave the music industry altogether and moved on to other things. What were the reasons behind that? Why did you do during all those years out of activity in the music business?

It was not necessarily the plan. I wanted to take some time off and re group. What I found was extremely disappointing. I had met with labels and managers all of whom had different ideas for a follow up of Leather. I had reached out to heavier bands and realized my level of respect was much lower than I thought. I have never been one to compromise so I walked away. That being said, believe me, no one was banging down my door. I was happy with the small mark I had made with Chastain, so I moved on. I got into my other passion, animal medicine.

Back to the present day. What plans do you have for yourself in the foreseeable future as a musician?

My new plan is to continue to fight, write and play music with my new band, LLB, The Leather Leone band. We are off to a running start, going a bit slow for me but I need to reestablish myself in the game. Our plans for this year got sidetracked, but we are back on our feet and planning tours for the US and Europe. The goal is tour, tour and tour.

I know for a fact that you love touring and doing gigs. Can you recall any special concert that meant a lot to you?

Every show, every recording makes me happy as fuck. To have the opportunity to do any of this is a true blessing. As with this interview, it is my true privilege. My sincere thanks to all of you who stand by me.

I once read that you’re not very fond of working in a studio. Why is that?

Lol, because I’m not that good at it. I feel claustrophobic, restrained. I need to be where I am not held accountable for staying in key! I do everything by ear and my ear is not always on. I drive my guitar players crazy: when I’m on I’m on… when I’m not, look out!

Tell us a bit about your career as a vet tech. How was that period of your life, away from music and from your career?

I would prefer to deal with my music only. I need to move forward with “Juggernaut“ strength.That is all we need to concentrate on.

You have played in South America, Europe and obviously in the United States. In all those areas, Metal fans are very different from one another. What can you tell us about the fans from each area?

So much appreciation for all of you everywhere that take the time to support me musically. But I must say South America has kicked my ass. So aggressive and have had open arms for me. And of course Europe, the home of Metal. Hardcore, unrelenting, crazed Metal friends. Metal has stayed true in these places, which it hasn’t in the States. But there seems to be a resurgence here in the US.

Looking back now, do you have any regrets of leaving the music business for so long?

I don’t. My life isn’t led that way. It’s too short, too unpredictable. I just move forward day by day with all I got. Some years I got more than others.

And finally, what would you say to a young man or woman who wants to start a career as a musician?

I am not the one to give advice. My own fight continues. But you must be in love with music. Have no other preconceived ideas. Do it because you have to. Because it feels up a part of you that no one else or anything can. It’s in your blood. Close your eyes and soar. Breath and feel that something in the air! As Ronnie says, “here’s what I know, soon we’ll all go”.

Thank you so much for this opportunity, Leather. Here’s hoping we keep hearing a lot from you in the coming days.

The Hype Around Baseball 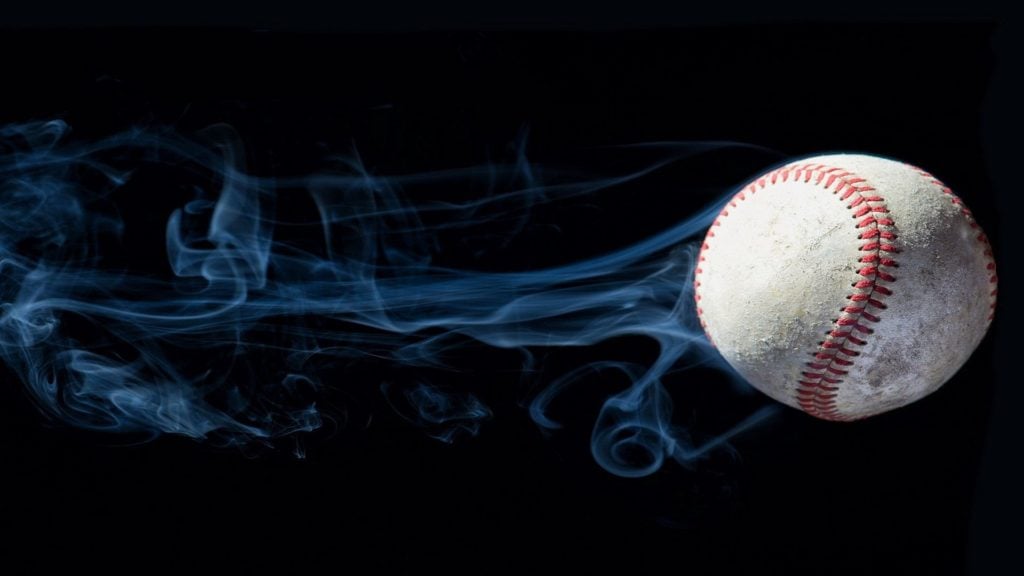 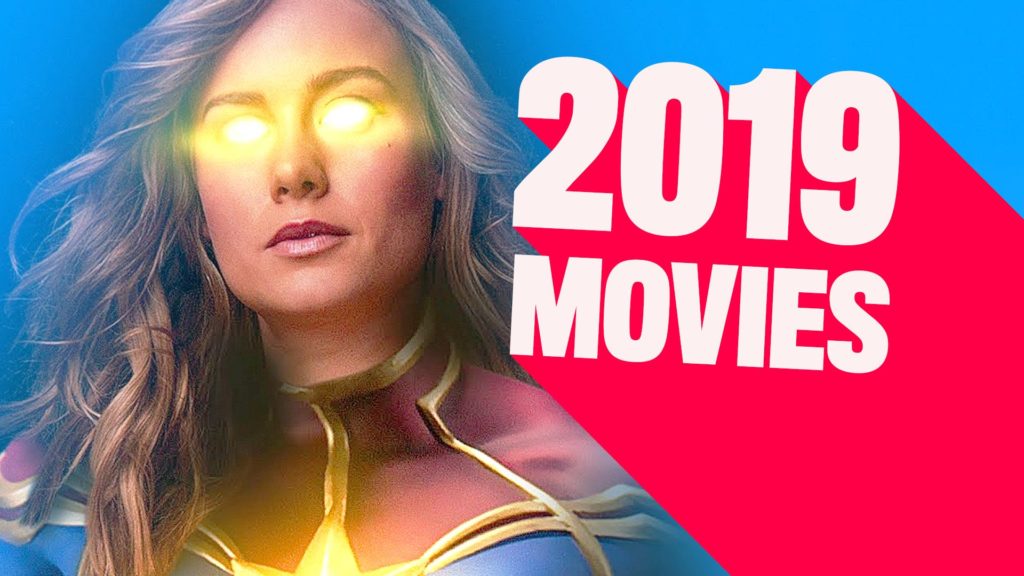