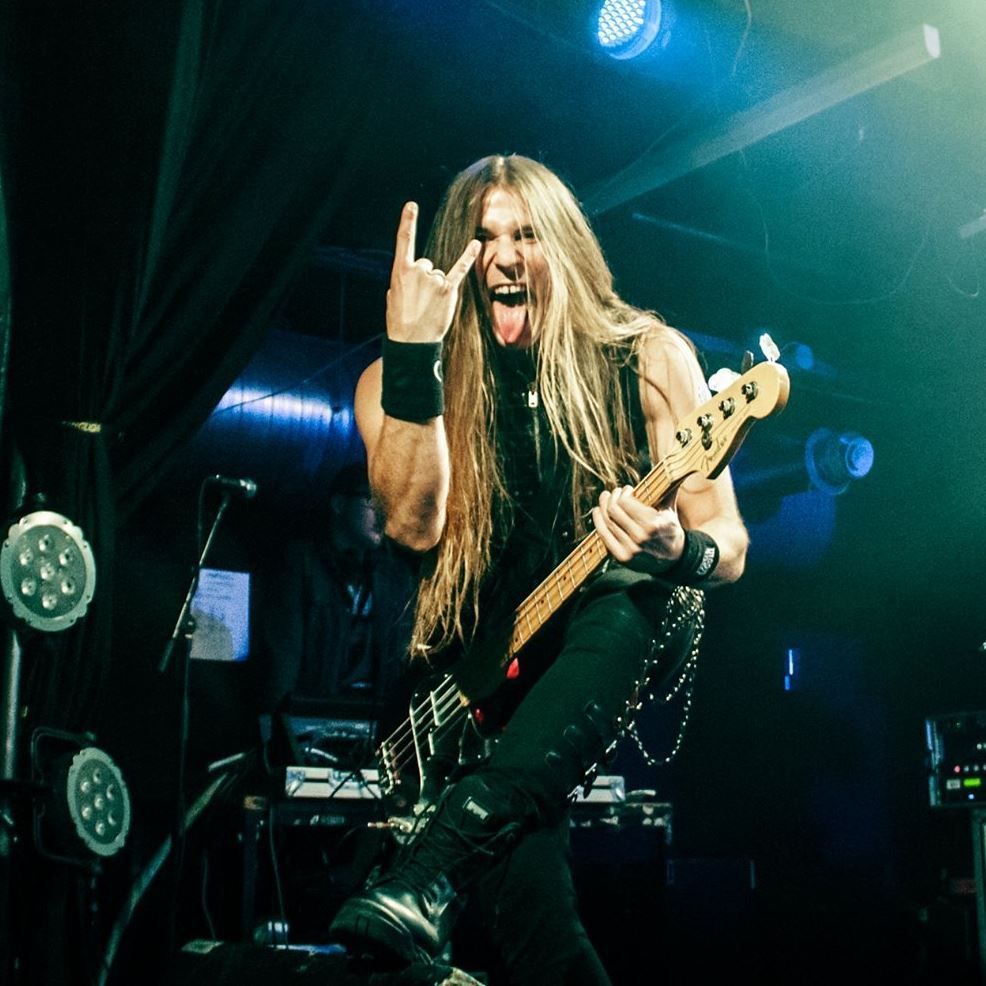 –Talk to us a little bit about yourself? Who is Jim Ramses?

I started playing music in 1998 when I was 14 years old. As soon as I listened to Iron Maiden’s album (Powerslave) without a second thought, I bought my first bass. Of course, my close friend John Morris, who was already playing the guitar, helped me with that and made me love bass by playing Iron Maiden, Judas Priest, Manowar, etc. Over the time, the first record I wrote was with Illusory “The Ivory Tower” in 2010. In 2012, I decided to move to London where I started working with Breed Of Burden and Monument. I had the honor and pleasure of sharing the stage in concerts with Dio Disciples and Cauldron while I was living in London. Unfortunately, for family reasons, I had to return to Athens. So, when I returned to Athens, I wanted to create the band Keepers Of Jericho (Helloween Tribute Band), with which we are still active with concerts at various metal festivals in Athens and abroad. The best moment of Keepers Of Jericho was when we played in Over The Wall III in Heraklion, Crete with Headliners the Diamond Head band. In 2015, I was a member of Jaded Star with which we had a European tour supporting the bands Dagoba and Moonspell. This was one of my best experiences!! The second album I wrote was with the band Divurge “Point Of No Return” in 2017 for which we organised some local concerts in Athens. In 2018, I was offered to join On Thorns I lay, with whom we shared the stage with Satyricon and did some mini tours in Greece with Septic Flesh in 2018-2019. In 2019, I recorded the album ” Threnos (which was an album that I added all my personal ideas on and I also learned another way of playing since Melodic Doom Metal has a different approach on its sound and style). In general, I am a person with positive thinking, dynamism, good mood and faith in everything I do in my life.

-You use the name Jim Ramses! How exactly did it come out?

In 2012, while I was living in London, I found myself in a music store called Ramses Shop. Well, it didn’t take much thought, Jim Ramses.

-We know that you have influences from Deep Purple, Iron Maiden, Pantera, Lamb of God, Black Sabbath, etc. What exactly fascinated you in this kind of music? How exactly does it express you as a person?

When I was 5 years old, my father was already listening to Rainbow, Deep Purple, Black Sabbath so the flame and love for Hard Rock & Heavy Metal Music started early and is a permanent love that always inspires me in my lifestyle.

-When did you decide that you want to become a musician and what led you there? How did you choose bass as your main instrument? What do you want to “transmit” within your music?

It was September 1998, when my close friend John Morris, who was already playing the guitar, encouraged me to get involved with the bass with a vision of the beginning of our first band as being teenagers. Since then, I have the same passion every single day, the same energy and the same love for my four-stringed child. Through music, I like to convey positive thoughts, notes of joy, dynamism, romance and full headbanging /m\

-Which bassist was your idol and influenced you the most? Who are the 5 best bassists that have been / are for you and why do you specifically choose them?

SteveHarris is definitely my idol and I can say that he has been influencing my way of playing since the time i was a teenager. Top 5: Steve Harris, Geezer Butler, Roger Glover, Markus Grosskopf, Billy Sheehan. The reason I liked these bassists the most is because they always had a special sound, special stage appearances, and they were the pioneers of their kind. As a result, I have strong influences on my playing style and my stage performance. 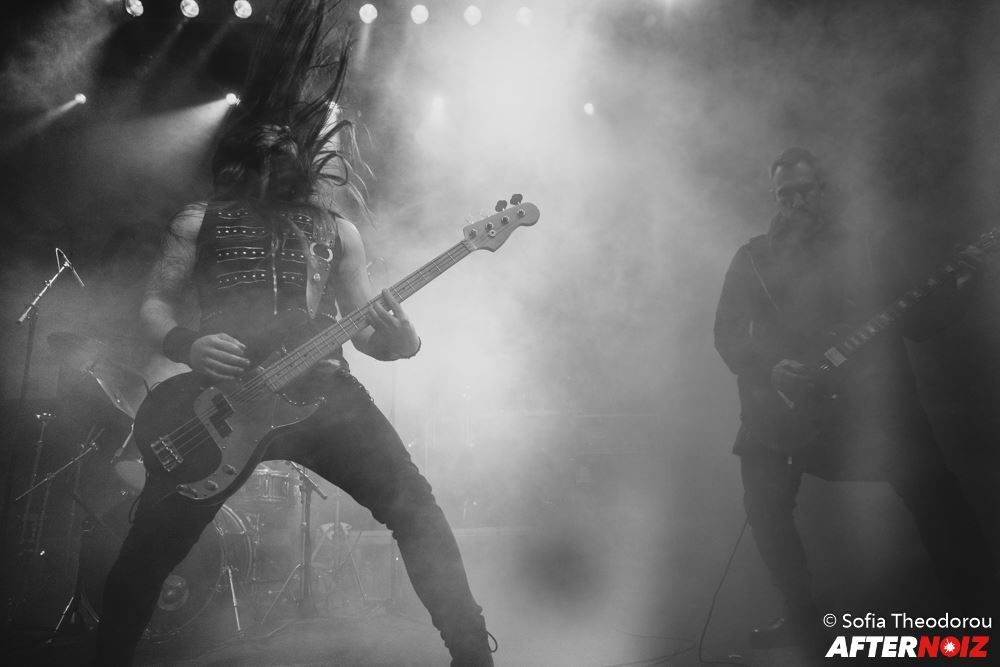 -How would you describe the Greek metal and rock scene? Which do you think are the reasons that metal and rock music, in Greece, are on the side-lines?

I believe that in our days things have changed radically in terms of Greek metal and rock music. The level of the musicians or even the compositions of the songs has nothing to envy from the world music scene. Of course, we must not rest at all because evolution has no limits. I don’t think that Greek metal and rock is on the side-lines, but it certainly doesn’t help that we live in Greece. The opportunities that are given here cannot compare to the ones that we could have while living abroad.

-How much has the metal music scene changed globally in your opinion over the years? (if it has changed a lot, do you think it is for the better or for the worse and why?)

I believe that today our way of life has changed and romanticism has been lost. The interest is focused on more immediate everyday issues, which change dynamically and this intensity, reaction and alternation can be noticed in the sound and the lyrics, something that is not necessarily negative because it captures the intensity and the fast pace of our daily life. I think young people are discovering the magical world of metal – and this is only the beginning … from listening to music until the moment that they will find themselves on stage with their favorite idols!

-Unfortunately, due to covid-19, artists in Greece have been “hit” a lot! Although the country, since ancient times, has been promoting and praising the arts, it now devalues and degrades them, especially at this time of year, which is very difficult for everyone. Why in our country have the arts been levelled?

It is an unprecedented and frontal blow that concerns not only the musicians but the whole industry that operates in the field of music and art (sound engineers, lighting, directors, actors, costume designers, etc.). Indeed, even in the most difficult moments, I believe that art has the power to elevate people’s souls and morals. In those difficult days I lived in Athens (lockdown), music has been my greatest companion, the images from the endless movies that took me to unknown destinations but also magical at the same time. The arts have indeed been levelled because the “budget” individually and in total is enough to cover only subsistence needs and secondly because the interest has turned to more petty and ephemeral things. We used to be the cradle of the arts, but that is now considered a luxury. The good thing about this lockdown for me personally, is that it made me more creative, with more hours of study and inspiration for creating more music.

-How do you imagine yourself in the next 5 years? What would you like to accomplish that you have not yet achieved?

I imagine myself (as much as I can of course) over the time to become more creative, wiser, even more crazy and definitely without cutting my hair (hahaha). Maybe a strong future collaboration.

-You have a rich resume, having participated in several bands, with the latest Keepers Of Jericho, DivUrge, Iron Beast and several collaborations. Which one stands out and left you with the best memories? Do you have one that you regret or that did not have the result you imagine to have?

Each band has left me with special memories. Even the moments of intense disagreement, I think, they helped us with the way of our thinking, in how we react emotionally and always give a boost to the evolution of music but also individually. In general, I do not regret my choices as I know that in a new or former collaboration there will always be difficulties, obstacles but in the end, they make us stronger.

-During all these years of your career, has there ever been a case where you thought about quitting the bass and changing profession? Is there a burning desire in you to leave Greece and play in the future only in bands abroad, through which you may become widely known?

There’s no way I’m going to give up on my bass, my music and my dreams. I was lucky enough after a lot of effort and sacrifice to have my own job which allows me to go on tours and concerts etc. As for my desire, as you aptly ask me, who would not want to have this opportunity, without of course losing my identity as a person or as a musician.

-What would you like to share with our readers? Where are they going to be able to see you performing within ΄21? Have you arranged appearances?

First of all, I would like to thank MusikHolics for inviting me to this interview, which is also my first one. What I would like to share with your readers is to believe in themselves, to have perseverance and patience for the goals of life and especially for the difficult period we are going through and to maintain their optimism. For now, as we all know, all things are fluid at the moment and none of us know what will happen but there may be some live streaming with Keepers Of Jericho.

You can find Jim Ramses here: 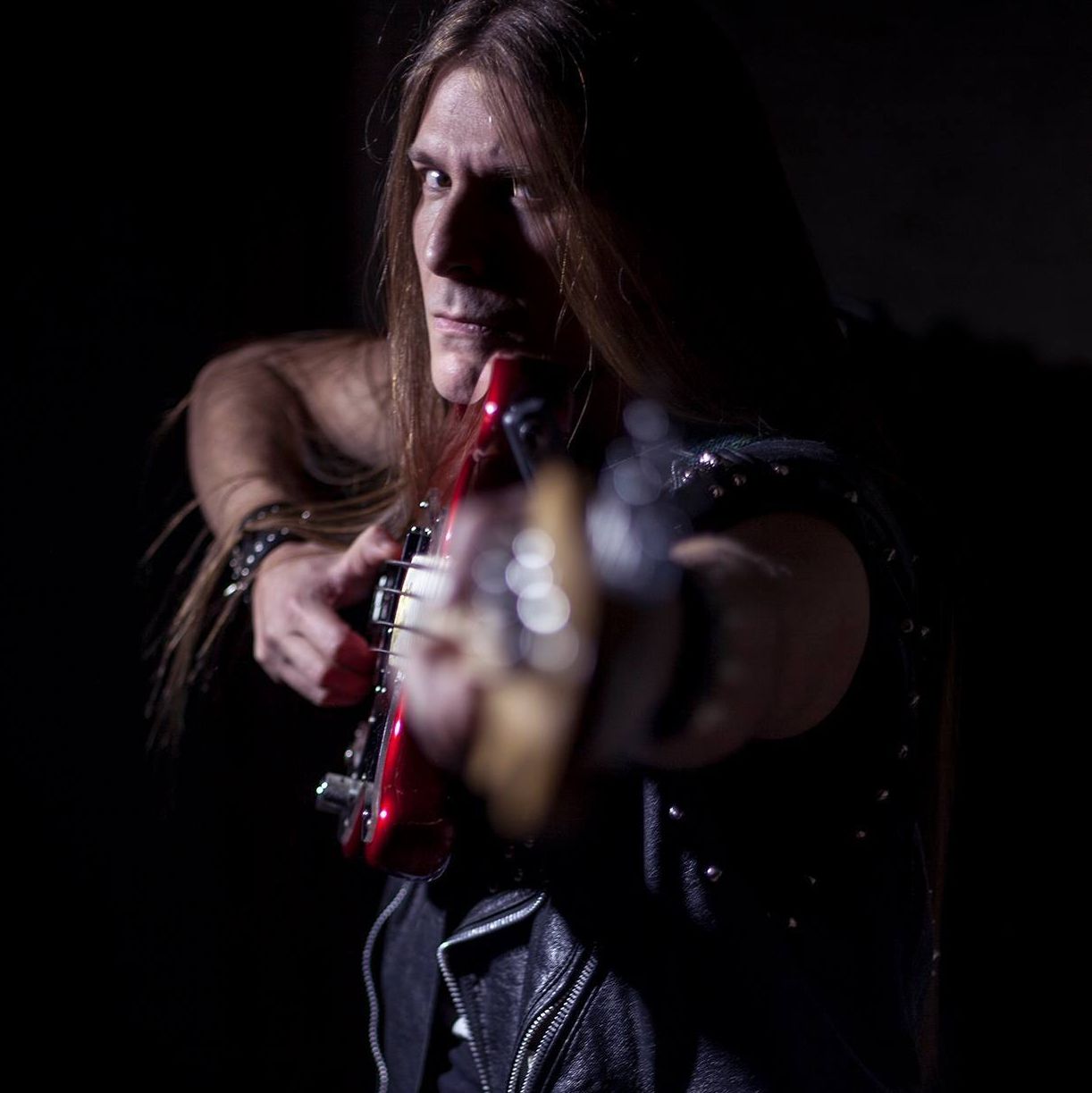 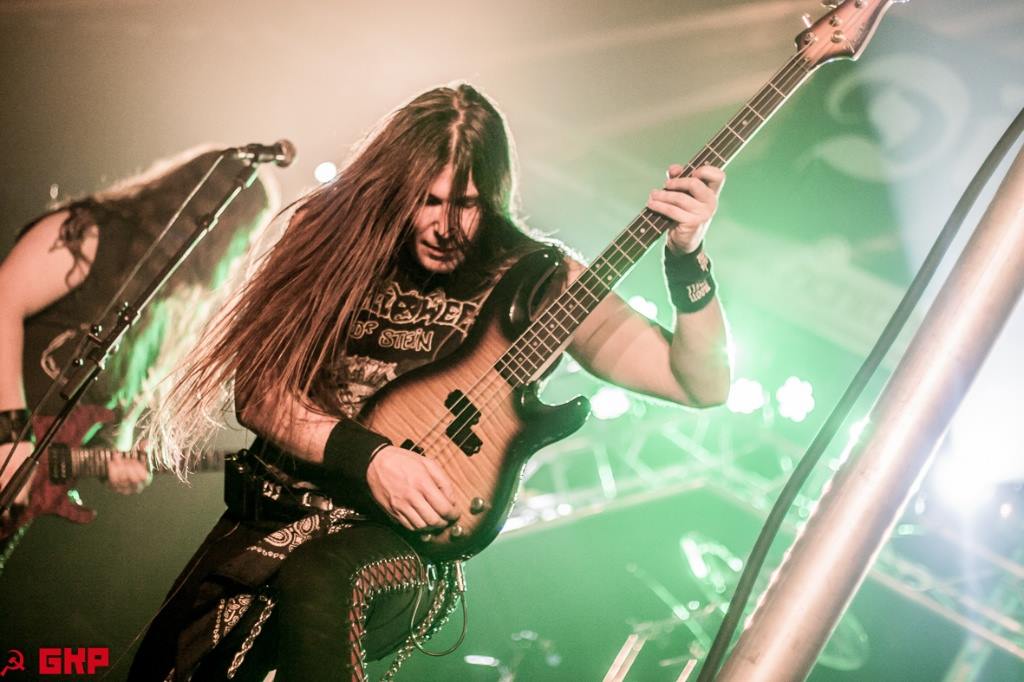