Guy Freedom English is a very familiar name for the people that have been following our website for some time now. We had him as a guest to do an interview and we have also talked about the recent singles he released a few weeks ago, but now we’re going to discuss his most recent album, 2020’s Forged by Fire.

As I have stated in previews articles dedicated to Guy, he is an independent musician that records all the instruments and vocals of his album, so he is a one-man band. He plays very straightforward Hard Rock music with a lot of 80s influences, so if you’re into bands like AC/DC, then Guy’s music is suited for you.

The opening track, Strange Land, doesn’t waste any time and focuses on a very strong guitar riff. There is a certain Iron Maiden influence (beyond the title) in the guitar melodies, but Guy knows how to combine that with vocals that are reminiscent of what Bon Scott did with the aforementioned AC/DC back in the 70s. The chorus is the best part of the song, combining a rhythm change with a very solid guitar work. I personally love how the bass combines with the guitar in the instrumental sections; there is a certain rhythm that is very infectious.

I personally think that tracks like Bangkok Woman shows Guy’s biggest strengths as a musician because you can tell he thrives when performing classic Hard Rock tracks and here he can let loose as a guitar player, which he has always considered his main trait. The guitar work is very solid and it is a great chance to hear him combine different vocal melodies in a very enjoyable chorus.

Like I said before, Guy sees himself as more of a guitar player and one of the best examples of this is the amazing title track, which I consider one of the finest tracks of the entire album so far. The guitar parts here are very good, constantly experimenting and pulling out some of the best solos that I have heard from him so far in his career. It’s a very solid track that is definitely worth your time and gives you a very clear perception of what Forged by Fire is all about.

I have been following Guy’s career for a while now and I know that bands like Iron Maiden and AC/DC are some of his favorites and we hear that, once again, with the track We Are One, which has a lot of similarities with the opening track, Strange Land. This is a fist-pumping mid-tempo kind of track and I would say that it also shows how he has grown as a musician in recent years, constantly striving for excellence with his albums. The solo here is beautiful and the rhythm change afterwards, with the backing vocals, is phenomenal. One of the strongest tracks on the whole album, without a shadow of a doubt.

Being very honest with you, Six Shots at Midnight is perhaps my least favorite song on the album. The main riff reminds me a bit too much to Nirvana’s Smells Like Teen Spirit and I don’t like the stop-start tempo of the song. I enjoy the bass having a major presence in the mix, but I’m personally not a fan of this song and I think it doesn’t fit with the overall mood of Forged by Fire.

On the other hand, When There’s No Tears Left to Cry fits perfectly with the lighthearted and hard-rocking style of the album, with the guitar taking the central stage and Guy also proves to be a better vocalist than what most people give him credit for (including himself, I may add). The guitar work is simply breathtaking, especially when you get to the solo and he cuts loose, shredding like your classic 80s guitar hero. Another strong song in this album.

I think the second half of the album is somewhat weaker than the first one as System Overload has some sweet guitar work, but fails to hit you like many of the previous songs. The rhythm base is nice and to the point, but in this case it doesn’t bring anything to the mix. Maybe it’s me and you will enjoy this track a lot more than I have.

Having said everything that I mentioned about the second half of the album, I think that Unholy is a great way to end Forged by Fire and it’s by far one of the finest tracks that Guy has produced so far in his career. There’s a dark atmosphere in this track that I haven’t listened in his work before and it also has a very epic feel to it, with Guy churning out some of his strongest riffs and rhythm bases. The pacing is great, the vocals are solid and there is a musicality to this track connects all the things that I have mentioned before. It’s simply a wonderful track and one that you should definitely check out.

Considering that Guy has written, recorded, produced and mixed everything in his career so far, I have to say that Forged by Fire is a massive step up in quality and his strongest album so far. Melodic, addictive, well-performed and done in a way that captures the listener’s attention, which is something that all great albums should do. One can say that the production is not that great and I would have to agree, but, come on, this is Hard Rock and that raw feeling actually adds to the music, in my view, because it makes the songs sound much more natural and organic.

A very solid album from a musician that is a great example of how classic Rock ‘N’ Roll is still burning bright. 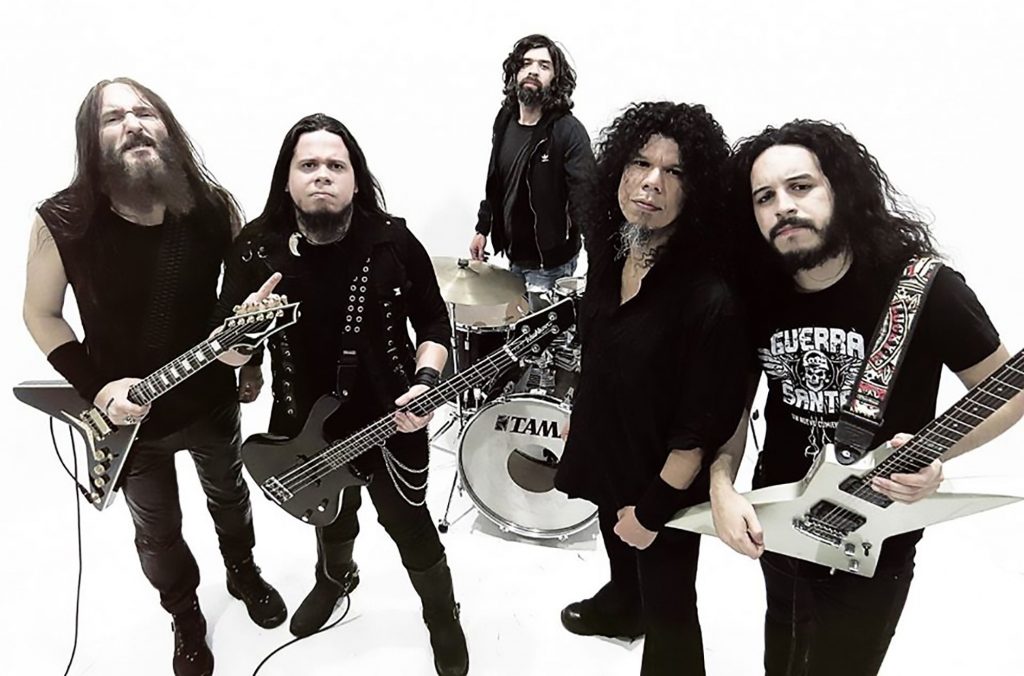