Göran Edman is a man that has been on the trenches of the music business for over three decades now. He rose to prominence thanks to his performance in John Norum’s 1987 solo album, Total Control, but it was his time with legendary guitarist Yngwie Malmsteen where he made a name for himself, working on two underrated albums of the Swedish virtuoso, Eclipse and Fire & Ice.

A soulful Rock singer, Göran is an extremely underrated vocalist in the industry and he has collaborated with various bands over the years. I had the opportunity of doing an interview with him, so I hope you enjoy it.

It’s a pleasure to have you here, Göran.

I would like to start with the beginning. How did you get into music? Who were your biggest influences and which were your favorite albums?

It was a small series of coincidences: one thing leading to another randomly. I never had an intention originally to become a singer or musician. It was people around me crossing my path that opened those doors. But my curiosity on life made me say yes to these opportunities, even though I was very shy and insecure within.

I loved music, especially progressive rock, but not only that: as a young kid I listened to the Beatles and the Beach Boys, but later started to listen to Frank Zappa, Steely Dan, Genesis, Yes, Chicago, just to mention a few . Not so much Metal or Hard Rock, I’m afraid.

How did you learn to sing and keep it in shape?

There is no point where I started to learn or train my vocal technique. It was built up slowly with experience, the usual trial and error. I was a big self-critic so I would be listening to myself and my recordings. I adjusted my voice and developed it. Rehearsal rooms made it stronger.

You have played in so many projects, both as a band member and as a session musician. Do you like to work in a more temporary fashion or that trend has happened by accident?

Since a lot of people gave me offers to participate in projects or bands and with those opportunities, my investment in a home studio helped to be an independent vocalist and that built up to a long discography in the end .

After my time in Yngwie Malmsteen’s band I was fed up on neoclassic metal and more curious about other genres like AOR, Westcoast, blues rock and progressive rock. I wanted to be more versatile in my expression.

You obviously started as a professional singer in the Sweden rock scene of the mid-80s. What can you tell us about Sweden’s scene back in those years?

There was a big trend for Scandinavian Metal bands or Hard Rock bands. Every record company had a few bands signed out of that category. I was then the lead singer in a band called Madison.

The regal ship was Europe that really took off on an international level with The Final Countdown. And these bands were highly popular in Japan too, which open new territories and opportunities. A lot of these bands were over there in Japan and promoted their albums. My first trip to Japan was with Madison, actually.

In general, the bands sold physical albums in that era that generated money for the record companies as well as the artists that opened up for a more generous long term promotion and budget to break the bands. That died unfortunately with internet and downloading .

One of your first major appearances in the music business was your work with John Norum in his solo album, 1987’s Total Control. How was the experience of working with John?

Yes, that was the next chapter after Madison and right after that John left Europe. It was an existing time. Doors just opened. Now my part in the band was small since John was doing the major part of the lead singing on the album and he was the artist that was promoted. We had a lot of fun.

Obviously, your most known works are the ones you did with Yngwie Malmsteen. How you landed the gig with Yngwie?

I guess originally my participation on John’s album meant a lot and specifically my performance on Back on the Streets. They both knew each other well. Then small coincidences happened when Yngwie found himself without a band one morning when he woke up during the preproduction of what would later become Eclipse, which opened up an opportunity for me when he was looking for a new singer and wanted to audition me.

He obviously has a reputation of being quite complicated to work with. How was the experience of working with him?

It was “Heaven and Hell”. I feel privileged to have made this experience. It affected my life in many ways and gave me a name.

I often say that Eclipse is an often overlooked album in Yngwie’s career and one major factor is your vocal performance. Looking back all these years, what do you think of that album?

That album was inspiring to create, everything felt new and fresh. Yngwie gave me a lot of space and confidence. It was a very happy time of my life and prospects were looking hopeful. It was exciting to work on an international level for the first time with a major record company behind but it also became a big pressure on me to replace all the great vocalists that sang on the previous albums. Especially live.

Fire & Ice was also another solid job. I think you sang in a higher register in that album. Was that difficult for you?

Yes, I see myself as baritone and not a tenor, so I really had to struggle to perform the songs live. In the studio you take it part by part ‘till perfection, so everything is possible there.

If I ever asked to change a part to sing it one octave down, for example the verse on Dragonfly, he would reply “then I or a regular person could perform it, so no” Yngwie is not known for making compromises. It was difficult to perform some of the songs live and I got tired in the middle of the song.

We never played Motherless Child and No Mercy for that reason, except in Japan because they requested these two songs. So we had to make an exception.

After Yngwie, you did a few albums with the band Glory. What can you tell us about that?

Glory was an invitation from Jan Granwick starting with “positive buoyant” that was supposed to be an instrumental album from the beginning. He asked me if I wanted to sing four songs on the album.

From there on we decided to do the next album together and we sat in Janne’s apartment creating the songs with an Atari computer and a drum machine that Janne programmed. I did not know anything about computers then so Janne was in charge for all the technical work.

It was my goal to do something completely different than the expected neoclassic style and in the end that created a conflict with our Japanese record company that financed the preproduction and recordings. We were proud of what we had created but the company was shocked when they heard the final result. There promotion plan was ruined and they did not know how to sell or profile the album Crisis vs. Crisis. It really lived up to its title.

Compared to those early days to now, what have you learned in terms of songwriting and recording in the studio? Are there mistakes you wish you haven’t done in the past?

No, I don’t want to go back and change anything. You just move forward with the experience. I learnt all about logic and audio files and how to produce myself and record myself, what microphones I prefer and so on, but musically the inspiration is far more important than knowledge.

Every new song is a blank page.

You have done so much work in the last two decades. What do you think are your best albums?

That is hard to answer. Kharma was a band I expected more from but unfortunately we broke up before it was released, more or less. I like many songs on that album and the production. Karmakanic is made of fantastic musicians, good composing by Jonas and my favorite genre so it, feels great to me.

Crossfade is also a favorite and we are still writing new material. Working in Phoenix studio is fantastic. Quality is always a privilege. Dark Blue Incorporated is also a band I have expectations for and Frank Pane is doing a great job for the band, creating and coordinating everything. He’s the engine behind it.

Thank you for taking the time to do this, Göran. Any last comments for our readers? Where can we follow you on social media?

I hope to make many more albums and keep the fire burning, but that is in God’s hands. Mostly I try to keep my official Facebook profile updated. You can like both and unfortunately the other one is limited to 5000 friends, so it’s better to use the fan page

You can find Göran Edman here: 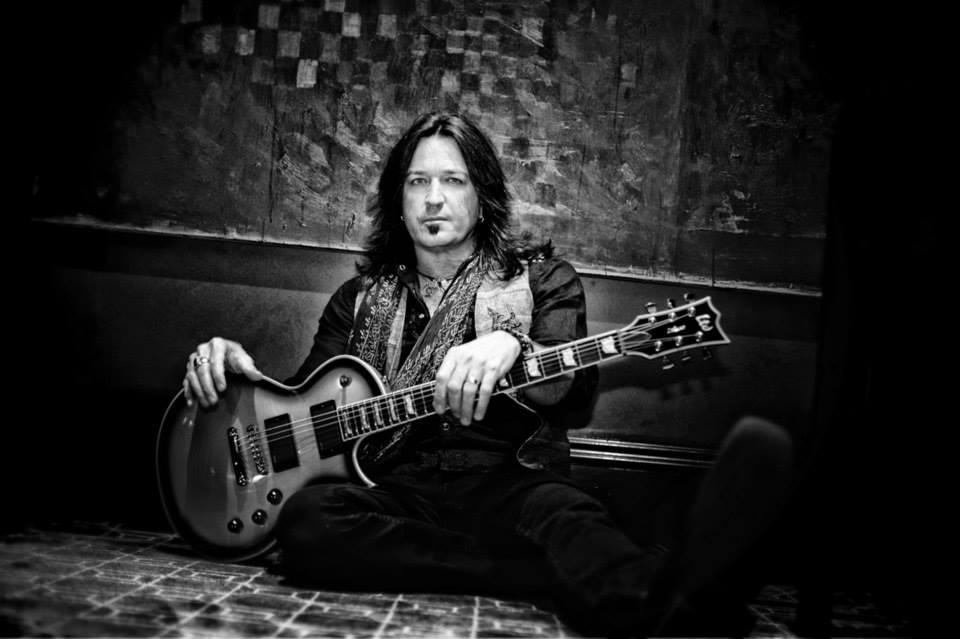 Must-try Winter Fashion for This Season 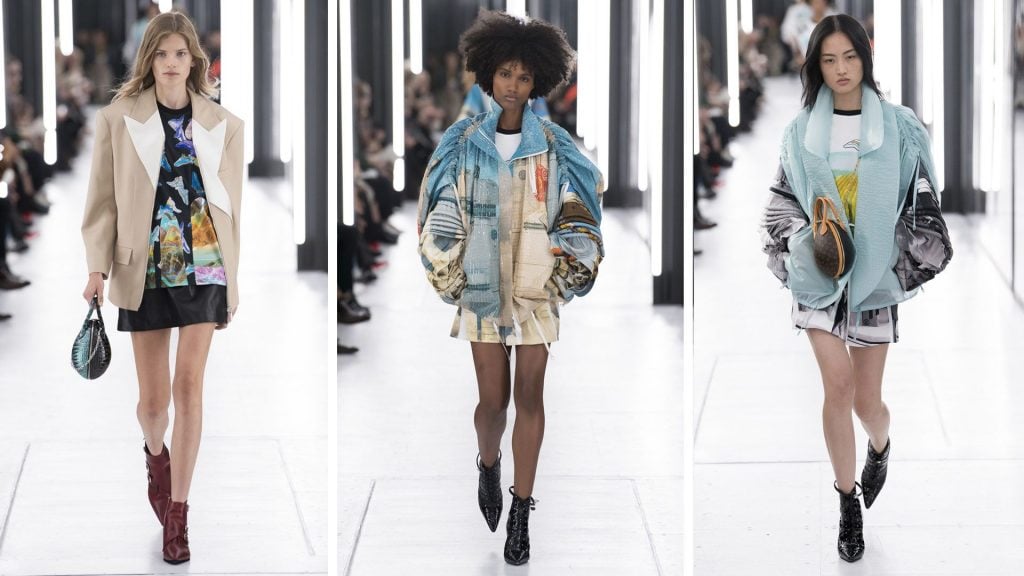