There are a lot of people that make music, but musicians are not abundant right now. Nowadays, making music has become very superficial and hollow, often showing a lack of ambition and courage that is worrying. What do I mean with this? That modern musicians seem all too concern with portraying a certain image rather delivering music that is genuine, organic and with a lot of heart and it shows.

So when I thought about the unfortunate passing of Brazilian vocalist Andre Matos a few weeks ago, I believe that the music world lost not only a great singer and songwriter, but also a man that really loved this profession and was always to look to challenge himself musically, even if I admit that I wasn’t a fan of his later years.

Matos proved throughout the years that he was a musician at heart and his multiple projects, like Viper, Shaman or, in this case, Angra, have proven that he was always looking to do something and experiment, often delivering heartfelt songs that have and are going to overcome the test of time.

And even though we can all come with different albums that truly represent Matos’ career and musical vision the best, I always go back to Angels Cry because it wasn’t only my entrance to his music and Angra’s, but also because it has a very important element: it feels authentic.

When I think of Angels Cry I think of genuine music with a lot of heart and that it doesn’t care about the fact it’s “too Metal” or not. It’s music that was made with passion and it shows; I think one of the finest releases in melodic Metal because of that: it’s extremely beautiful and delivered with passion.

For those that might not be familiar with Angra, Matos formed the group in 1991 after finishing his studies in classical music and leaving his first band, Viper, after making two albums with them. He had no intention to become a vocalist, but circumstances led him that way and he started to take singing lessons in order to be more proficient about it.

Angra went through multiple lineup changes until they formed the established one that would go to record Angels Cry in Germany, specifically in Kai Hansen’s studio, of all places. It would be Matos on vocals and keyboards, Kiko Loureiro and Rafael Bittencourt on guitars and Luis Mariutti on bass. Marcos Antunes, who was a co-founder of the band and the drummer at the time, was fired because the producer, Charlie Bauerfeind, was not satisfied with his performance and was replaced with Alex Holzwarth, who is mostly known for his work with Rhapsody of Fire.

It’s when you’re more familiar of the writing process and the experience of the recording the album that you find yourself even more amazed by the end result of Angels Cry: due to not having a lot of money to spare, they spend the vast majority of their time in studio, being four Brazilians in a very cold weather and in a country that speak a language they don’t understand. It was their first time abroad and it seems all this desire, all this struggle and all this energy was transmitted to the album, which sounds vibrant, passionate and full of life.

Power Metal was soon going to become huge in Europe but in that moment, 1993, it hadn’t exploded yet and Angra was going to be, along with the likes of Helloween, Gamma Ray and Blind Guardian, one of the leading groups to change that. This was also the moment where their compatriots, Thrash Metal band Sepultura, was thriving all the over the world, but Matos, Loureiro and Bittencourt were determined to be their own thing and not follow any particular trend–they wanted to be themselves and that showed a lot of ambition from the get-go.

This last part of being themselves is particularly important because it gave Angra a very distinctive personality, even within the Power Metal side of things. We only have to listen to the intro, Unfinished Allegro, which shows Matos’ profound classical influences and it provides a certain degree of sophistication to the band–remember, back in 1993 this was something unusual. Unfinished Allegro goes higher and higher until it bursts in one of Angra’s finest and most popular songs, Carry On.

Now, when I say that this album is authentic is because of songs like this one. Not only has the delightful feel of classic studio productions, but it also has a very honest and heartfelt delivery, especially when you hear the contrast between Matos’ crystalline vocals and the powerful riffs made by Loureiro and Bittencourt. In hands of less capable musicians, this would sound pretentious and over the top, but with Angra it sounds like an uplifting and powerful track. The middle section leaves room for experimentation (not many bassists get as much spotlight as Mariutti does here) and you just have to listen to Matos at the end, when he sings his heart out in a way that hits me every single time I listen to this song.

After such musical delivery, Time starts slow as if these Brazilians were giving us a breath. I like the classical and melodic style of the acoustic guitar at the beginning, perfectly complementing Matos’ clean, almost pure vocal performance. Then the song explodes with one of the strongest riffs of the whole album and the song just gets better from there.  Loureiro and Bittencourt steal the show in this album; they don’t enough credits as far as guitar duos go, but they are extremely talented and in their early days were constantly delivering fantastic performances in almost every song.

The title track shows up and it’s majestic performance by all the band members, with a more Progressive feel to it due to the constant rhythm changes. I’m not afraid of saying that this is one of the finest tracks of the 90s, with every twist and every turn working tremendously. It’s a fantastic musical achievement and one of the highest points in the bands’ history, showcasing what they were capable of in their peak.

Then we have an interesting mix of everything we have listened so far in Stand Away, which starts with the same acoustic approach of Time but then progress and grows into an epic that has a lot of Angels Cry and Unfinished Allegro, plus some classic Rock influences on the guitar parts. Once again I have to point out the production because it gives the album’s sound a more organic feel that makes a delightful contrast with the music, which is fascinating and once again shows the band’s interest of mix classical music with Metal. It truly is an epic, grandiose track.

Never Understand starts with a nice combination of acoustics and bass, which has a lot of Brazilian influences and progressively gets more intense; it’s this kind of experimentation that the band would later expand on their follow-up, Holy Land. This song has the best solo in the entire album near the end, which only grows and becomes more complex.

One of the things that I have always loved about Angra is that they were never afraid of doing something surprising or getting out of their comfort zone and it shows when they do a Kate Bush cover like Wuthering Heights and it becomes a minor classic of them. Matos is certainly the star of the show and he delivers one of the finest vocal performances of his career–it feels like an Angra song, but it also has that poppy, accessible feel that is actually quite enjoyable.

I have to say that Streets of Tomorrow doesn’t fascinate as much as the other songs, but it still has solid drumming from Holzwarth and very interesting guitar parts. It’s an entertaining and standard Angra song with a fast-paced approach and a very melodic chorus. The song is not bad by any means, but it just doesn’t do it for me.

Whenever I think of some of the mid and late 90s European Power Metal bands like Edguy or early Rhapsody of Fire, the opening of Evil Warning strikes me as a very profound influence. The song starts as very conventional Power Metal, but then, like the vast majority of the tracks here, shifts into a more complex and dynamic musical experiment, with a fantastic middle section where Mariutti gets to let loose with his bass playing along with yet another solid performance from Holzwarth on drums. In fact, Evil Warning is one of the most fascinating and challenging songs of the album in the instrumental side of things and I recommend any enthusiastic on technical music to listen to it.

To end the experience, Lasting Child is the most sophisticated track of the whole album, with Matos and his keyboards gaining the spotlight, often changing between more calm passages and a more grandiose approach. This song is delicate, precise and performed with a lot of sincerity, which is something that I have stressed a lot so far, but to me is the main reason that this album works so well: these are musicians. These are individuals that truly live to make music and it shows; that’s what separates being pretentious from being genuine and it’s one of the elements that always made me go back to Angra.

Angels Cry is deservedly viewed as a masterpiece of the Power Metal subgenre and it’s a delightful example of what you can achieve when you truly believe in what you can accomplish. It’s also, at least in my view, Andre Matos and Angra’s crowning achievement and one of the most important releases of the decade, putting South American Metal in a very privilege position at the time, along with what Sepultura was doing in those years.

Andre Matos was, at his core, a musician of the highest order and someone who was always willing to put himself out there to make the best possible music. He loved his profession and by looking at albums like Angels Cry, you can tell that it was music made from the heart. Once Upon a Time in… Hollywood 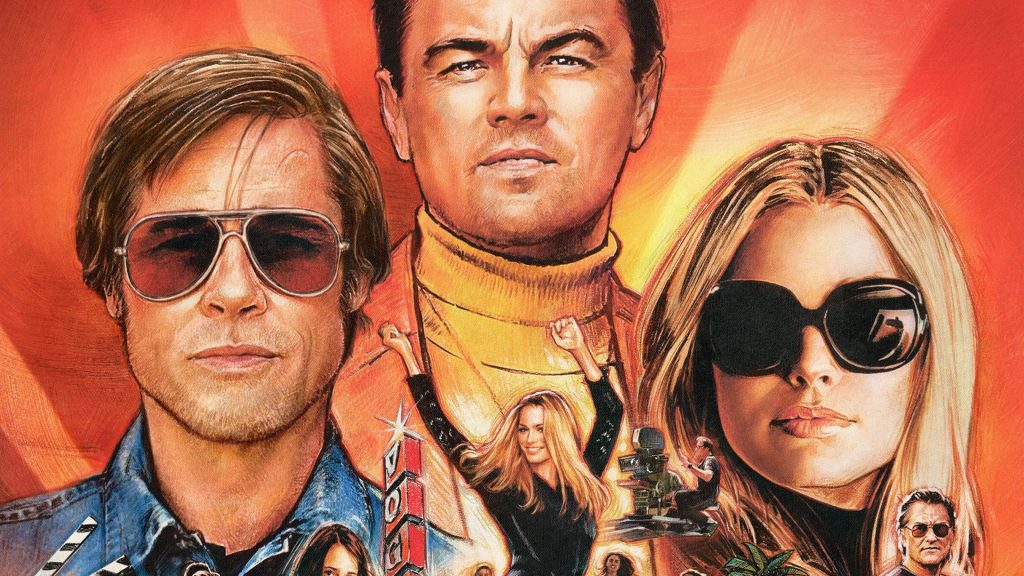 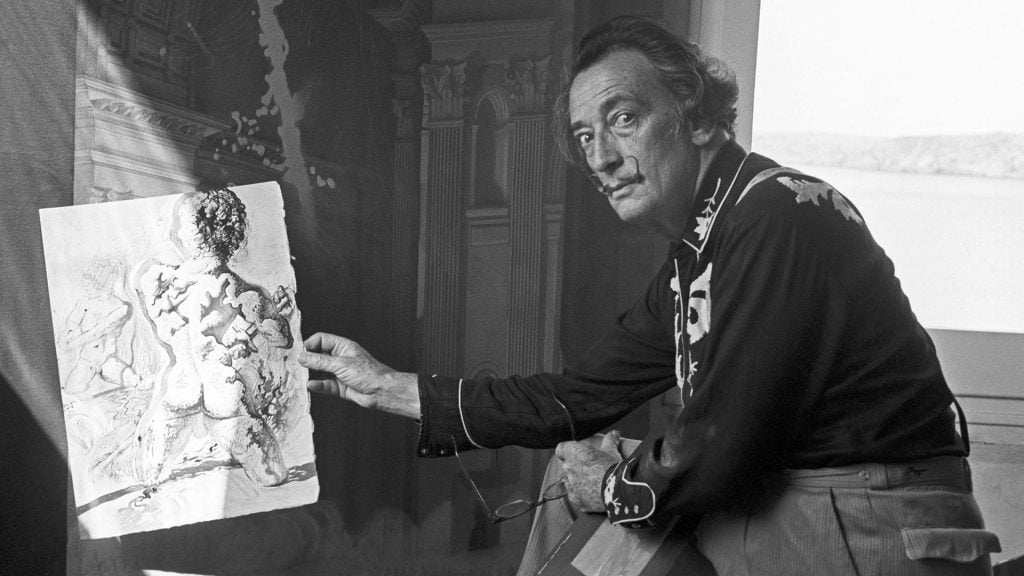